Texas toad feared to be on the brink

Texas toad feared to be on the brink 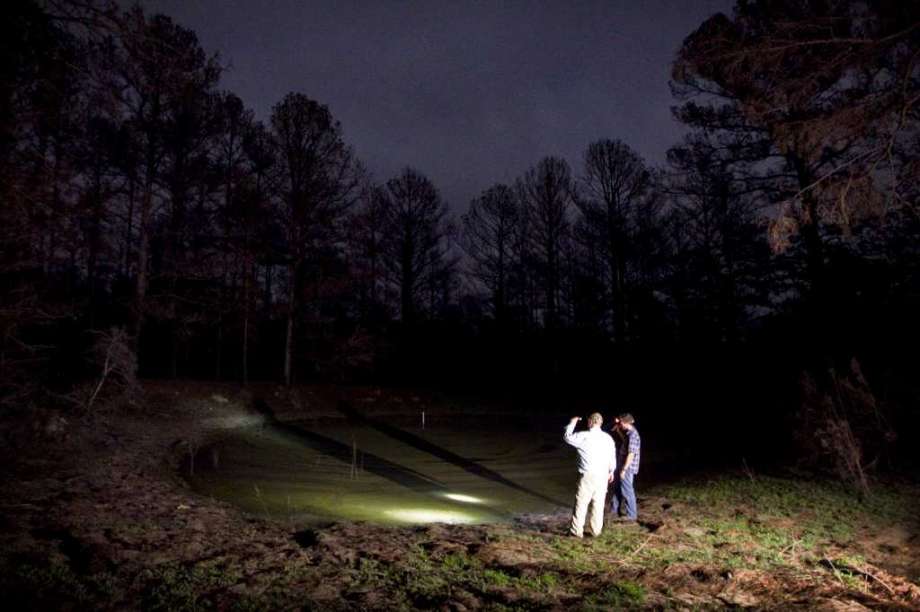 BASTROP — Mike Forstner tromps along the mucky edge of a pond, trilling loudly as he sweeps the beam of his flashlight over the bank.

He’s hoping for an answering call from an endangered Houston toad, but he hears nothing.

The tea-colored watering holes around Bastrop are the last stronghold of the endangered amphibian, about the size of a partly flattened apricot. But after years of drought and development, topped five months ago by searing wildfires, Forstner fears the worst.

“We’ve had the most rain since 2002, and it was insignificant to motivate the Houston toad to chorus. That’s not good.”

But a week after that late January hunt, temperatures warmed slightly, and Forstner and his crews heard three of the grayish-brown toads chorusing in Bastrop County. The next night, they detected three more.