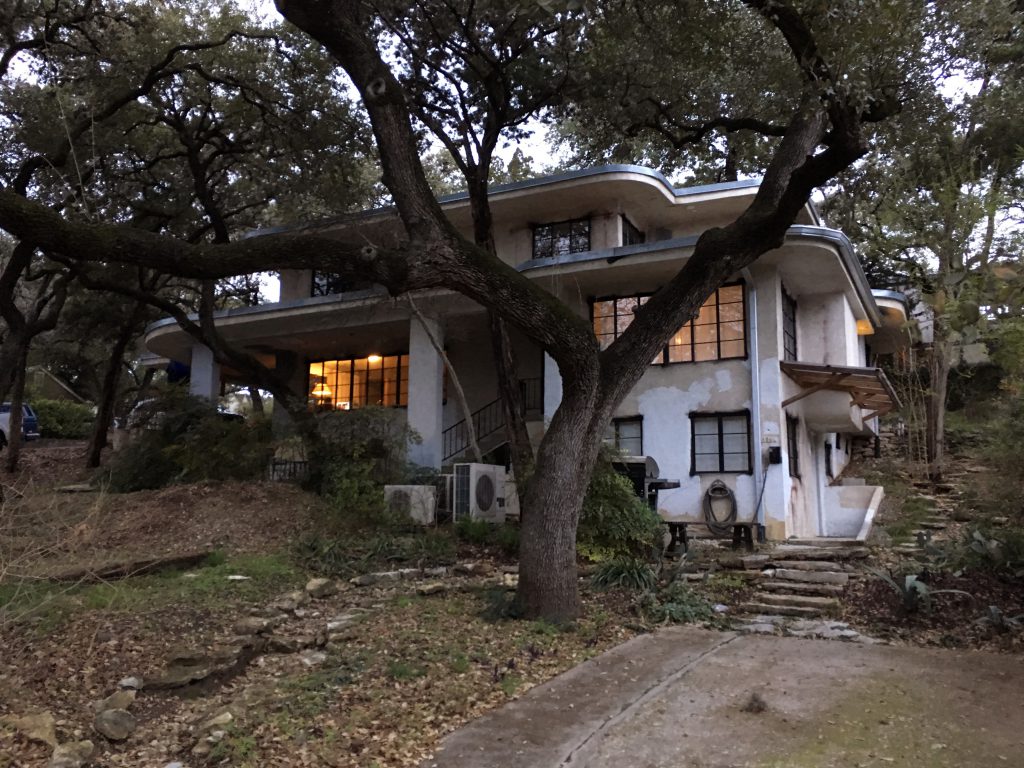 Elizabeth Porterfield, Hicks & Company’s Senior Architectural Historian, will be a house captain at the 25th Annual Preservation Austin Historic Homes Tour. This year’s tour will take place in the the Bouldin Creek neighborhood and will feature five homes, and three buildings on the Texas School of the Deaf (TSD) campus. The event will be open between 10AM and 4PM. Speakers will be at the Willie Wells House from 11am to 12:30pm.

Welcome On behalf of our board, our volunteers, and our staff, Preservation Austin welcomes you to the 25th Annual Historic Homes Tour! This event is one of our most powerful educational programs, allowing the community to experience Austin’s historic neighborhoods firsthand, and a testament to the vision and passion of homeowners who invest in Austin’s past to steward it into the future. What better way to show that these homes aren’t relics of a bygone era, but meaningful places that inform our lives today? We’ve celebrated many incredible neighborhoods over the years but are particularly excited to be in Bouldin Creek for this important anniversary. The neighborhood’s diverse heritage is reflected in eclectic streetscapes representing growth from the 1890s through the 1950s. The homes on today’s tour were built and occupied by working and middle-class families. They were regular places for regular people, the legacy of generations who shaped South Austin’s culture and character. Their contributions are as worthy of preservation as any others. Bouldin’s modesty is part of its beauty but also its peril; as the neighborhood’s popularity continues to rise, smaller homes are falling to demolition at an unsettling rate. This community has a fierce sense of identity stemming from its unique history, and in 2015 commissioned an historic resource survey in the hopes of establishing a local historic district or districts to balance new development with preservation. We support such efforts to protect this iconic neighborhood’s tangible connections to its past, and hope that after today’s tour you’ll feel the same way. Preservation Austin Preservation Austin has been our city’s leading nonprofit voice for historic preservation since 1953. We celebrate our unique cultural and architectural heritage through programming such as our Preservation Merit Awards, sustainability workshops, educational children’s events, and self-guided tours including African American Austin and Iconic Music Venues. Our organization advocates for improved preservation policies to make sure that, as Austin grows, it remains the city that we know and love. Become a member now at www.preservationaustin.org.

Elizabeth will captain at The Blackshear House.

A little history from the brochure:

New residential streets provided affordable homes for Austin’s working and middle-classes. The area west of South Congress, in today’s Bouldin Creek neighborhood, tended more towards modest cottages and bungalows. Property values there stayed accessible in part because of discriminatory real estate practices. A 1935 redlining map assessing investment “risk” throughout the city declared the entire area “Hazardous,” while land east of South Congress was labeled “Still Desirable” and “Best.” This may have been because of regular flooding, but also because of Bouldin’s strong African American and Mexican American communities. (For perspective, East Austin, home to most of the city’s minorities, was labeled “Hazardous” as well). The neighborhood thrived regardless. As Father Patrick Duffy, founder of St. Ignatius Church on West Johanna Street, said in 1939, “Give me Texas, and in Texas I would choose Austin, and in Austin I am a thorough stickler for South Austin. Here we have the cool breeze first, the hills, Zilker Park and, with the new bridge over the river, you will see South Austin come into its own.” South Congress, a country road connecting Austin to San Antonio since 1852, became a dense commercial corridor in the 1920s and 1930s. The street was designated part of the automobile-oriented Meridian Highway stretching from Canada to Mexico in 1911. Subsequent development catered not only to new neighbors, but to travelers, including numerous motor courts and gas stations. Austin’s ambitious 1928 bond issue funded infrastructure improvements citywide, including paving and widening South Congress. The project removed the streetcar in favor of bus service, dedicating the avenue to four-wheel traffic to this day. South First Street developed more slowly and was largely residential until after World War II. From the 1920s to the 1940s numerous homes, and several grocery stores, inhabited by an ethnically-diverse population lined the road. By 1950 it was a proper business district, with several service stations, cleaners, a drug store, café, motor garage, and blacksmith. Construction of the Drake Bridge over Town (now Lady Bird) Lake in 1957 connected South First to Guadalupe Street, solidifying its role as a northsouth thoroughfare. The Bouldin Creek neighborhood now stretches south from Lady Bird Lake to West Oltorf between South Congress and the Union Pacific Railroad. The creek itself is named for Colonel James E. and Molinda Bouldin who established their plantation here in the 1850s. Their children subdivided the Bouldin Addition in 1894, leading to limited development prior to 1910. East-west streets take their names from the neighboring Swisher Addition which straddled South Congress. Colonel John Milton Swisher subdivided the land in 1877. He named streets for family members, including Annie, James, Gibson, Mary, Monroe, Elizabeth, and, of course, Milton. The Bouldin Creek Neighborhood Association, founded in 1971, is one of the oldest such groups in Austin.

About the Blackshear House

The Blackshear House joins just a handful of other homes, including the Bohn House (1938) and 3805 Red River (1947), that draw on the Art Deco, Streamline Moderne, and International Style movements here in Austin. Its white stucco exterior, steel-framed windows, and flat roof embody the most stylish features of the time. Wells Simeon Blackshear (1887-1972) had moved from Waco to South Austin in 1940. A minister in the Primitive Baptist Church, he studied bookkeeping at Baylor University and sustained his nine-member family through the Great Depression by farming. Here he worked as a contractor doing residential additions and repairs, drawing on experience building homes in Arkansas (1921) and Waco (1929). Blackshear purchased this lot at Bouldin Avenue and Ebony Street in 1949. At age 62, he set about building a new family home by hand with son Harold, a student at the University of Texas, with limited hired help. According to Harold, his father had an innate sense of scale and proportion, envisioning buildings in his “mind’s eye” and working without drawings of any kind. The house’s plan evolved during construction. 22-foot pine timbers salvaged from a 19th century cotton gin were used for the building’s balloon-framed structure. Old-growth trees determined its setbacks and roofline. Harold built closets and casework, and other sons installed plumbing and oak floors. The second story became an apartment, accessed by a secondhand fire escape. They completed the original 1,930-square-foot house in 1951, and excavated another 560-square-foot apartment underneath it in 1955. Harold went on to become a successful architect in the United States Air Force. Wells Blackshear lived here until his 1972 death, and wife Hallie moved out in the early 1980s. Jay Billig, the current owner, moved in in 2014. He designed and contracted renovations including a modern kitchen, enlarged bathrooms, and custom cabinetry. The home’s historic features have been lovingly preserved and